Matt hails from Sheffield in Merry Olde England, known for its diverse musical talent such as Joe Cocker, The Human League, Def Leppard, ABC, Pulp, Arctic Monkeys [and Michael Palin, at a stretch]. After hearing Iron Maiden’s “The Phantom of the Opera” at the tender age of 12, Matt realized music existed that was considerably more awesome than the Duran Duran and A-Ha that his sister had monopolized on the family stereo. The only thing that stood between him and being a rock god was the lack of a guitar. And talent, of course, but that was to be faked over the following decades after receiving his first electric guitar as a birthday present.

From the age of 14, Matt played guitar in various Sheffield bands of wildly varying listenability – The Satanic Weevils, BeanFeast, Dr Sex (utterly ironic), Son Of A Cat, #6 Automatic Defasher and Highrise. Shortly after the turn of the century, Matt realized that America needed him quite badly so he packed up his family and trusty Les Paul, and came to the States to spread the gospels of Cricket, Rugby and The Proper Use of Cutlery. His most recent band outing was around Boston with the hard-rocking outfit, Dirty Mouth. 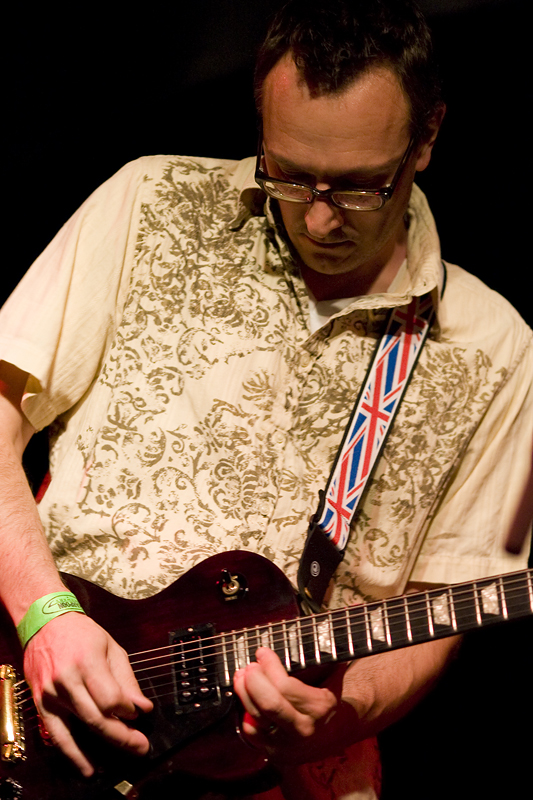