Scott began playing music when his parents bought him a marching band play set at the age of 2.  When he was 5 he went to a friend’s house where he discovered his friends’ fathers drum set.  From that point on, Scott dreamed of becoming a drummer.  When the startup costs and potential annoyance factor proved too much for his parents, Scott was forced to give up his dream, and set his sights on being a singer.  After piano and clarinet lessons at the insistence of his parents proved effective at teaching Scott musical theory and creating a “discipline problem,” Scott finally got the chance to sing in a band.  His formerly angelic voice then changed, once again dashing his hopes of superstardom.

Not to be outdone before he turned 13, he decided that he could play the guitar, and play the guitar he did.  Under the tutelage of Chris McDermott, Scott learned the in and outs of many genres of music during marathon four-hour lessons.  Scott soon proved adept at jazz, country, bluegrass, metal, rock and reggae playing, and played in several bands in high school.  In college, finding nobody sufficiently interesting to play with, he learned to produce and record music.  The music recorded during this period is best listened to in a dark room late at night.  Trust me.  Shortly after college in a bizarre incident involving a Rottweiler and a very shady girl, Scott finally acquired a drum set and played drums briefly in the Scubaworms, until their bassist quit.  Unable to find a bassist, but able to find a drummer, Scott switched to bass, weeping as he sold his drum set, but kind of psyched about the power of playing bass in a funk band.  He played bass in that band (now called The Tryptones) for 2 years.  Meanwhile he also took up with the Velvet Stylus playing guitar in an r&b/hip hop fashion, and produced records for Michael Van London, and Comanchero.

For the past few years he has played guitar and produced recordings for the alt-reggae indie psych-pop outfit Waves Crashing on Face, as well as guitar with Semi Good Lookin’.  He also plays drums during practice when Faris isn’t around. 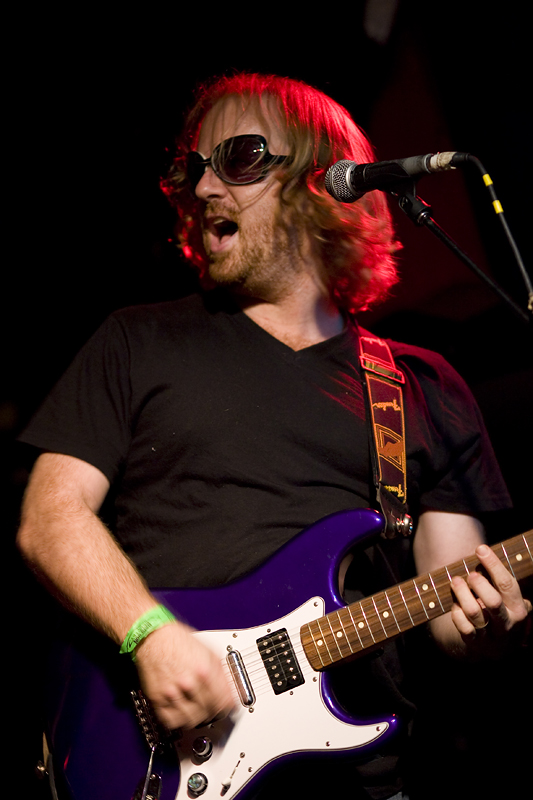